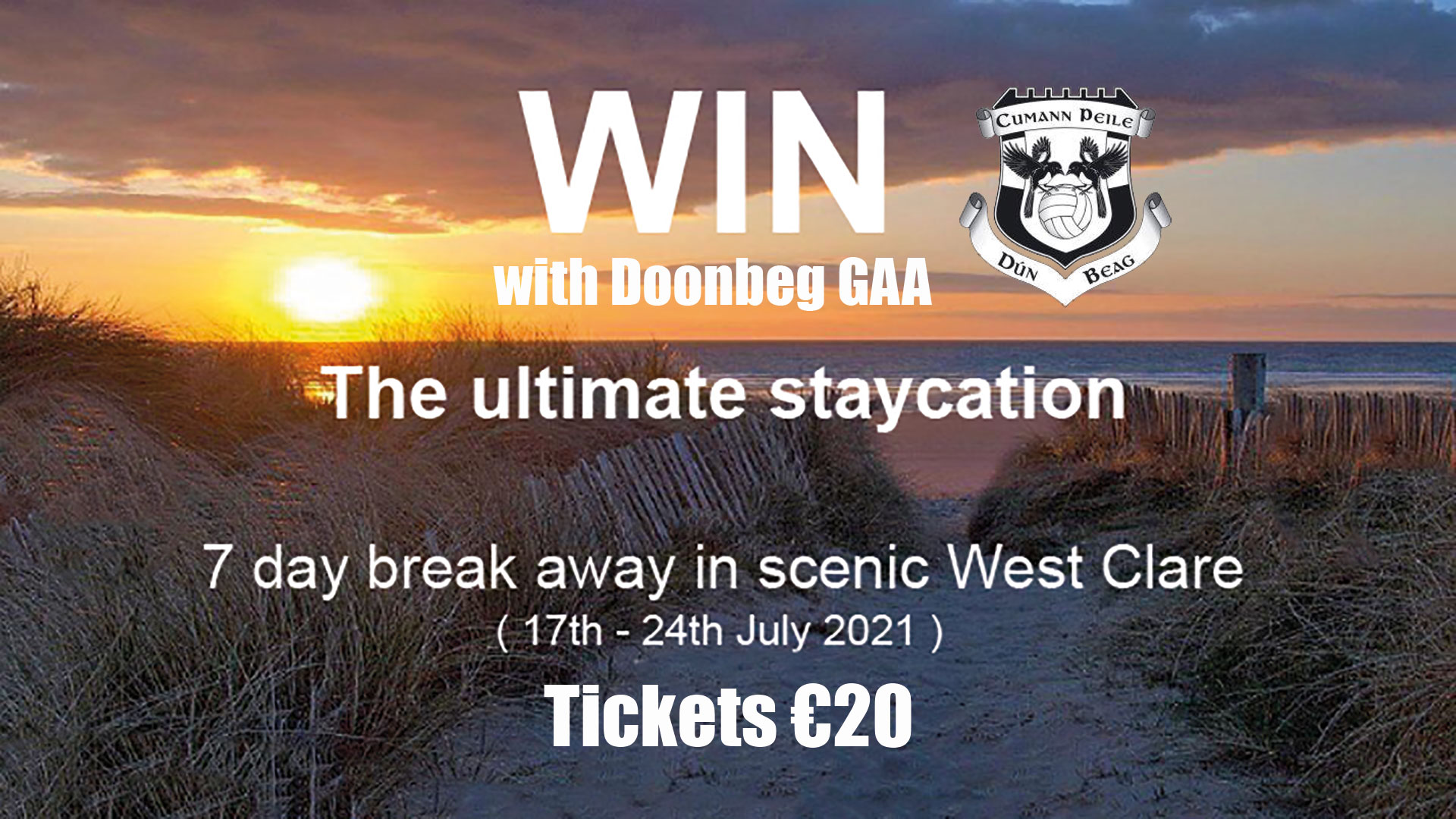 The property is located on the Wild Atlantic way only a few minutes form Doonbeg International Golf Club and Doughmore Beach.
The Carrowmore dunes can be seen from the house and are protecting one of the most beautiful beaches in Ireland, ideal for walking, riding & surfing.
Clogher beach for bathing is only a 5 min drive away.
In the nearby village of Doonbeg, services include several good restaurants, traditional pubs & shops. Whitestrand is a safe bathing beach 5 minutes from the village. nearby are the Balthard Cliffs, one of the hidden secrets of Clare.

The Senior club was founded in 1954. It won its first senior championship in 1955 and it was to prove a watershed in the development of football in the parish and county. Doonbeg has dominated the Clare football scene ever since. In the intervening 45 years, the Doonbeg Magpies have contested 26 finals winning 18. (1955,1961, '67, '68, '69, '72, '73, '74, '82, '83, 1988, 1991, '95, '96, '98, '99, 01 and 2010) The club has won 14 leagues, 3 U-21 championships, 3 minor championships and several underage competitions. On two occasions Doonbeg succeeded in recording a 3 in a row double (championship and league) 1967-68-69, and 1972-73-74.
The club's greatest achievement was the winning of the 1998 Munster Club Championship - the first Clare club to capture this title. Padraig Gallagher led the side to defeat Moyle Rovers of Tipperary 0-07 v 0-04.
Another proud day for the club was Clare's 1992 Munster championship victory over Kerry in the Gaelic Grounds. Francis McInerney captained the team and with fellow clubmen, Gerry Killeen (who captained Clare to All-Ireland B victory in 1991), Kieran O'Mahoney, Padraig Conway, Pat Blake and selector, Pat Hanrahan, played a part in this achievement.
In 1970 four Doonbeg players, Michael Haugh, Senan Downes, Paddy O'Grady and Jamesie Lynch, lined out together for Munster in the Railway Cup.
The ground was purchased from the Land Commission in 1961 for £300. A tremendous amount of work has gone into the development of the grounds over the years.
Facilities include playing pitch, dressings rooms, covered seated stand, running track, public toilets, spacious car park, meeting room and storage sheds.

Together we can make it happen

It was a pleasure to work with Doonbeg Football Club on their very successful club fundraiser. Well done to all involved in the club on holding a great raffle with a fantastic prize and most importantly such a transparent draw. Our platform gives clubs and organisations throughout Ireland & the UK the opportunity to connect with their members, diaspora and others with real ease helping to raise much needed funds online.

It was a pleasure to work with Doonbeg Football Club on their very successful club fundraiser. Well done to all involved...

Posted by Onlinefundraiser.ie on Saturday, 19 June 2021